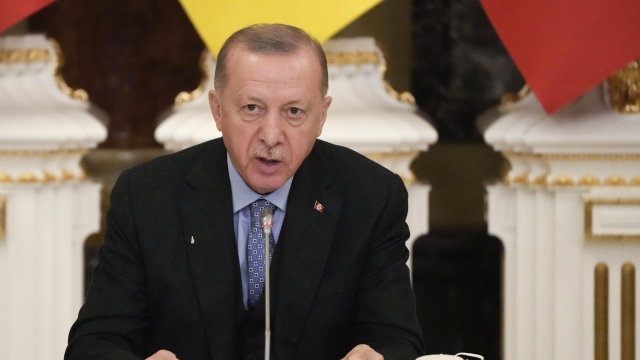 Turkish President Recep Tayyip Erdogan offered Thursday to mediate talks between Russia and Ukraine as NATO warned that Moscow's military buildup continues, with more troops and military equipment deployed to neighboring Belarus than at any time in the last 30 years. 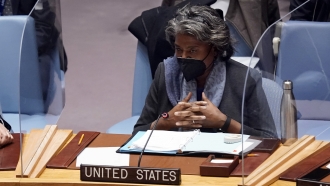 Erdogan, who has close but sometimes difficult ties with Russian President Vladimir Putin, said Turkey was "prepared to undertake its part in order to end the crisis between two friendly nations that are its neighbors in the Black Sea.”

“I have stressed that we would be happy to host a summit meeting at a leadership level or technical level talks,” Erdogan said after about three hours of talks with Ukrainian President Volodymyr Zelenskyy. “Instead of fueling the fire, we act with the logical aim of reducing the tensions.”

Russia has amassed more than 100,000 troops near Ukraine’s northern and eastern borders, raising concern that Moscow might invade again, as it did in 2014. The troop presence and uncertainty have unnerved Ukrainians and hurt the country's economy. Russian officials deny that an invasion is planned. 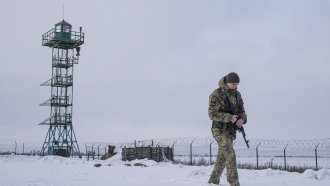 Zelenskyy welcomed Erdogan’s offer and thanked him for his “firm and consistent” support. At the same time, Ukraine’s defense minister sought again to project calm, saying the probability of an invasion was “low,” and he welcomed a change by U.S. officials, who have stopped using the term “imminent” when describing the risk of a Russian attack.

Oleksii Reznikov said “the threat exists, the risks exist, but they have existed since 2014, ever since Russia has become an aggressor.” He said “there are no grounds for panic, fear, flight or the packing of bags.” The minister put the number of Russian troops near Ukraine at 115,000.

NATO has no intention of deploying troops to Ukraine should Russia invade, but it has begun to reinforce the defenses of nearby member countries — notably Estonia, Latvia, Lithuania and Poland. The 30-nation military alliance also plans to beef up its defenses in the Black Sea region near Bulgaria and Romania.