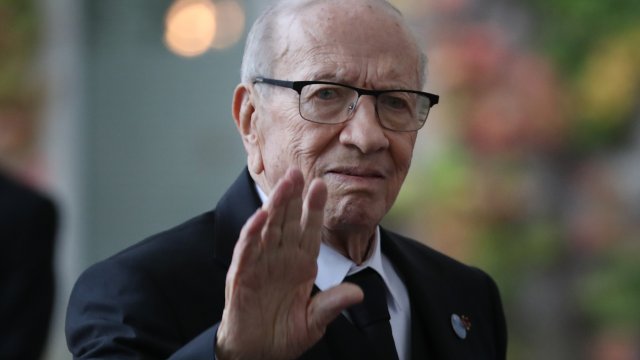 Essebsi's office announced his passing on Thursday. The statement didn't provide a cause of death.

He was hospitalized last month with a serious illness. And he reportedly returned to intensive care early Thursday.

He was the oldest head of state after Queen Elizabeth II. He was supposed to step down at the end of his term this year.

Essebsi's office said a burial ceremony will be announced soon. He is survived by his wife and four children.