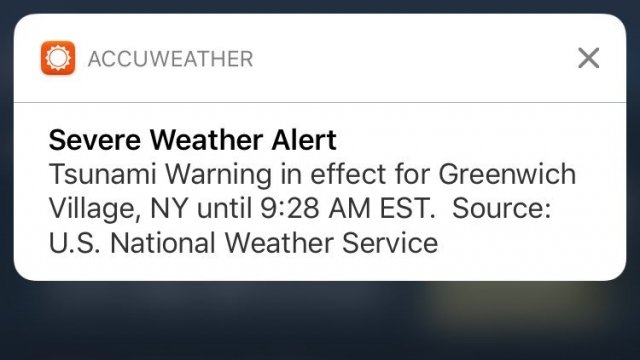 Many Americans across the East Coast were surprised to get an alert on their phones Tuesday morning warning them of a possible tsunami.

But turns out it was a false alarm.

The National Weather Service later said in a tweet it was doing a monthly tsunami warning test. But some people received a message that looked like an actual warning.

A National Weather Service meteorologist told the Associated Press the false push notification was the result of a glitch, and officials are trying to figure out what caused it.

The fake tsunami warning came just a few weeks after an emergency management employee in Hawaii sent out a false alarm about a ballistic missile. That employee has since been fired.