President Trump Won't Attend Opening Of US Embassy In Jerusalem 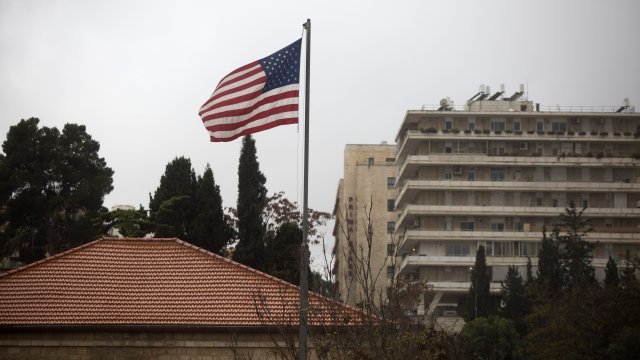 The White House announced who's attending the opening of the U.S. Embassy in Jerusalem, and President Donald Trump is not going.

Leading the delegation is Deputy Secretary of State John Sullivan. Five other representatives of the administration will also attend, including presidential advisers Ivanka Trump and Jared Kushner.

President Trump announced the embassy's move from Tel Aviv to Jerusalem in December. Both Israel and Palestinians claim Jerusalem as their capital, which is why many countries have kept their embassies in Tel Aviv.

The opening of the new embassy is scheduled for May 14.