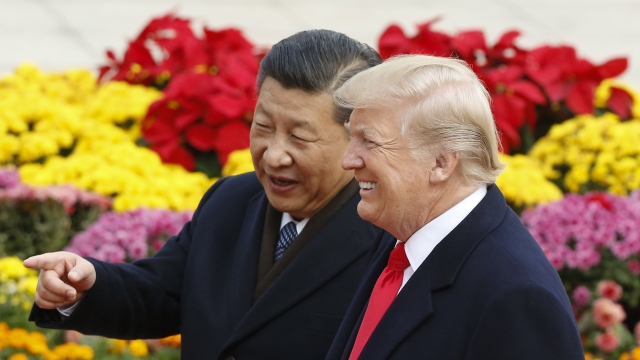 President Donald Trump says he will soon put his signature on the "phase one" trade deal with China.

The president made the announcement on Twitter Tuesday. He said the signing will take place during a ceremony at the White House on Jan. 15. He added he would be joined by "high level" Chinese officials but didn't name anyone specifically.

President Trump also promised to make a trip to Beijing at a later date to start talks on phase two of the deal.

The U.S. and China finalized the first phase of the agreement in mid-December after months of escalating tensions.

Under the deal, the U.S. will delay a new round of tariffs on Chinese imports and cut some existing tariffs. China agreed to buy more American agricultural products.