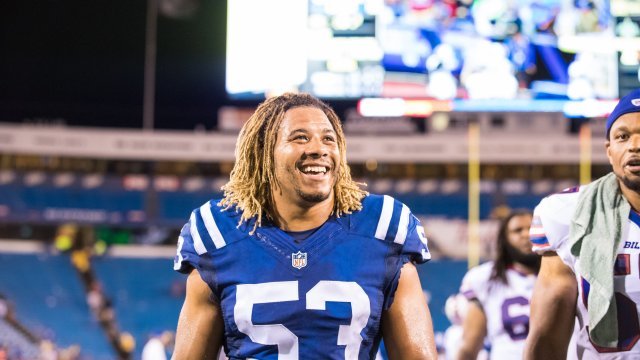 President Donald Trump is weighing in on the death of Indianapolis Colts player Edwin Jackson.

Trump wrote on Twitter Tuesday: "So disgraceful that a person illegally in our country killed @Colts linebacker Edwin Jackson. ... We must get the Dems to get tough on the Border, and with illegal immigration, FAST!"

According to Indiana State Police, Jackson and another man were killed early Sunday in a crash involving a driver who's in the country illegally.

Before the crash, authorities say Jackson and the other man were stopped on the side of the road; then, they were hit. Investigators said the driver who hit the stopped vehicle is suspected of driving drunk and has been deported twice.

U.S. Congressman Todd Rokita of Indiana also called for a crackdown on undocumented immigrants after the accident.

Jackson's roommate told CBS, "I don't think Edwin would have judged anyone on where they were from or anything else."

The driver is currently being held in the Marion County jail and is awaiting charges.