President Trump Wants To Kill The Johnson Amendment. But What Is It? 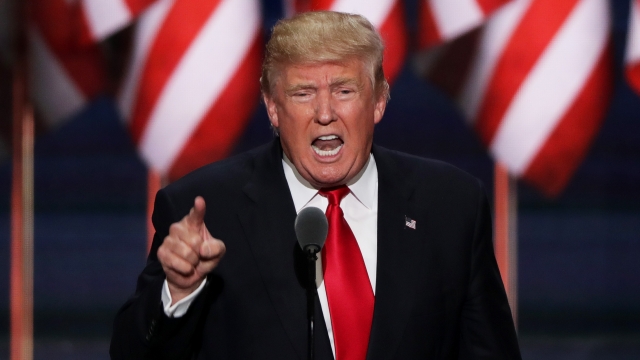 President Donald Trump has his his eyes set on the Johnson Amendment. But if you're blanking on what that is, don't feel bad. We've got you covered.

In 1954, then-Sen. Lyndon B. Johnson introduced a change to the tax code that prohibits 501(c)(3) nonprofits from "directly or indirectly" endorsing or donating to political candidates. If they do, they lose their exempt status. That includes universities and churches.

But the interesting thing is, it had nothing to do with churches when it was introduced. In 1954, a conservative nonprofit sent out materials telling folks to vote for Johnson's primary opponent, which didn't sit well with him. Basically, Johnson proposed the ban, in part, to protect his own seat. And there was no church involved, at all.

But that's where the controversy is now. Trump's argument about the Johnson Amendment is that it infringes on the "right to worship according to our own beliefs" — that campaigning is a way to put your religious beliefs in action.

But the Johnson Amendment hasn't really stopped religious organizations from endorsing candidates. For example, in 2000, Jerry Falwell told church-goers to vote "for the Bush of your choice." And the IRS has very rarely punished any church for political statements.

Because the amendment is part of the tax code, technically, the only way to get rid of it would be through the legislative process. But as president, Trump could tell the IRS not to enforce it if he really wanted to.