Trump Pledges To 'Liberate' US From MS-13 Gang 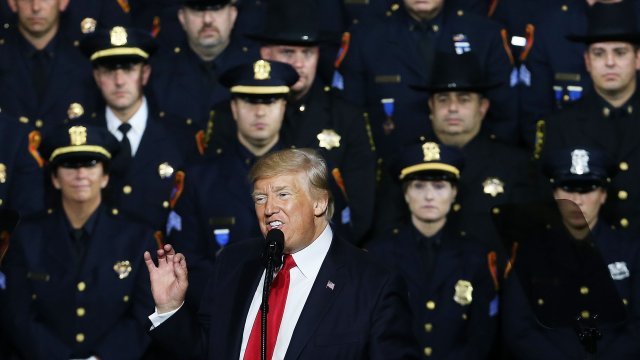 SMS
Trump Pledges To 'Liberate' US From MS-13 Gang
By Matt Picht
By Matt Picht
July 28, 2017
President Trump's administration has made cracking down on the MS-13 gang a top priority.
SHOW TRANSCRIPT

After President Donald Trump's push for health care reform was defeated in the Senate, the president went to Long Island, New York, to address a much different problem.

Trump said during his speech: "We're liberating our American towns — can you believe I'm saying that? I'm talking about liberating our towns; it's like a scene in a movie."

Trump's talking about his administration's fight against the MS-13 gang. It was originally established in Los Angeles during the 1980s but has expanded throughout the U.S. and Central America. 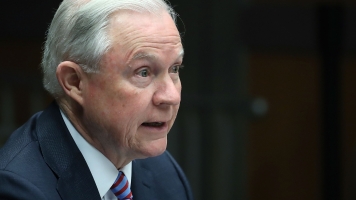 The gang is estimated to have thousands of members across the nation. A recent series of brutal murders in Long Island attributed to MS-13 attracted national attention to the gang.

Trump's Department of Justice has made cracking down on the gang a high priority. Attorney General Jeff Sessions recently visited El Salvador to praise the arrest of hundreds of MS-13 members by the country's government.

But CNN notes there's some concern that the administration's aggressive policies on illegal immigration could make it harder for gang victims to seek police help.