Trump's Feud With California Could Hurt The State's GOP Races 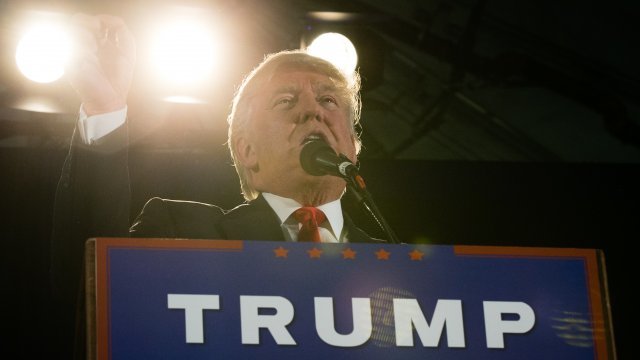 SMS
Trump's Feud With California Could Hurt The State's GOP Races
By Matt Picht
By Matt Picht
March 12, 2018
President Donald Trump's visit to California could highlight the strained relationship between his administration and the state.
SHOW TRANSCRIPT

President Donald Trump's California trip includes something he's waited quite a while for: seeing prototypes for his long-awaited U.S.-Mexico border wall project. But Trump's visit might also jeopardize an increasingly endangered species — California Republicans in Congress.

"The state of California is sheltering criminals in a brazen and lawless attack on our constitutional system of government," Trump said during a recent weekly address.

Trump and California have had verbal and legal blows several times over immigration. Most recently, the administration sued the state for its immigration policies, which could hurt cooperation between local authorities and federal agents.

A former GOP congressional aide told The Guardian that Trump's visit will likely remind California voters of the words and actions he's leveled against the state. That could energize Democrats and turn swing voters away from the GOP, just in time for the 2018 midterm elections.

Democrats already have their 2018 sights set on California, targeting seven vulnerable GOP-held seats in the state. Two of the targeted representatives, Darrell Issa and Ed Royce, have opted not to run for re-election in the face of potentially tough races. 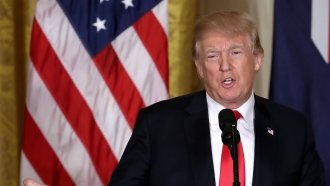 Those districts are already grappling with changing demographics, particularly a state-wide rise in the Latino population. Trump's hardline immigration comments are unlikely to help the GOP make inroads with that community.

Despite the mutual dislike between Trump and California, the state could be key in the president's immigration agenda. In late February, a California judge struck down a lawsuit the state brought against Trump's proposed border wall, clearing the way for the administration to start work on the project.

Correction: A previous version of the story said Reps. Darrell Issa and Ed Royce had resigned. The story has been updated.