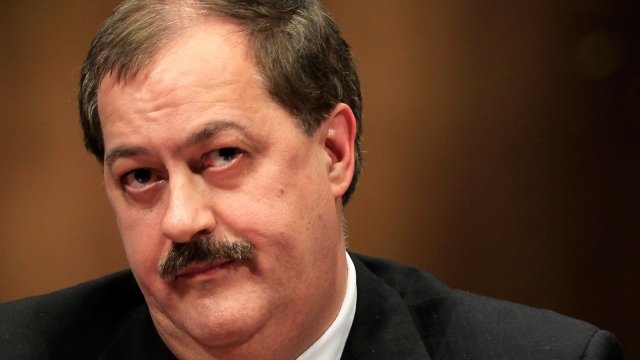 Many on the right are concerned if Blankenship wins the primary, he'll almost certainly lose the general election to Democratic Sen. Joe Manchin.

Blankenship later responded to Trump's tweet, saying: "No one, and I mean no one, will tell us how to vote. As some have said, I am Trumpier than Trump and this morning proves it."

Blankenship spent a year behind bars after an explosion at his company's Upper Big Branch mine killed 29 people in 2010.