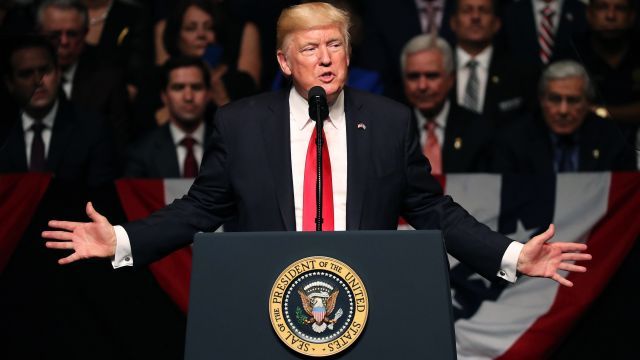 Although the speech didn't include many details on the specific policy, it was critical of the Obama administration's policy.

"They made a deal with a government that spreads violence and instability in the region. And nothing they got," Trump said. "The previous administration's easing of restrictions on travel and trade does not help the Cuban people. They only enrich the Cuban regime."

Trump argued the Obama administration's policy only led to more repression by the Castro regime. 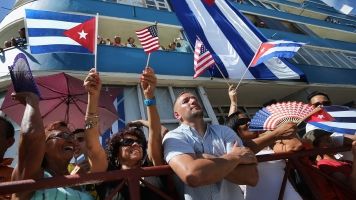 US-Cuban Relations Will Soon Have More Than One New Face

The order calls on the secretaries of commerce and treasury to impose new regulations that, in Trump's words, "strongly restrict" direct transactions to the Cuban military.

"We will enforce the ban on tourism," Trump said. "We will enforce the embargo. We will take concrete steps to ensure that investments flow directly to the people so they can open private businesses and begin to build their country's great, great future."

The announcement, which Trump touted as a kept promise, comes nine months to the day after Trump made these remarks at a campaign event in the same city.

"We're also going to stand with the Cuban people in their fight against communist oppression," Trump said.

The U.S. Embassy in Cuba will remain open. But Trump said it's up to the Castro regime to decide if the U.S. will lift its sanctions.

"We will not lift sanctions on the Cuban regime until all political prisoners are freed, freedoms of assembly and expression are respected, all political parties are legalized and free and internationally supervised elections are scheduled," Trump said.