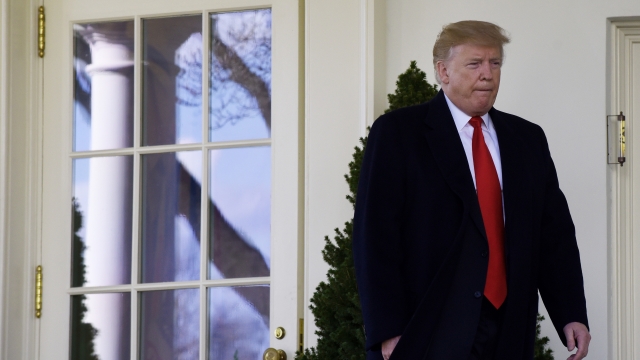 President Trump's tweet presents those stats as absolute facts, but that's not the case.

Let's break down those numbers, starting with the bigger one: 95,000. That represents how many people identified themselves as non-citizens to the Texas Department of Public Safety and have a matching voter registration record.

But there are a couple caveats to consider with that number. A memo from the state's director of elections tells county election officials that the 95,000 people should "be treated as WEAK matches." And he indicated "weak" in all caps. So just because someone's information was listed in both systems doesn't mean that person is a non-citizen who's registered to vote. Information in either system could be outdated, or it could be a mistaken match.

Also, the Texas Secretary of State's office didn't offer any time frames to go with the data. So we don't know how much time elapsed between someone identifying him- or herself as a non-citizen and that same person allegedly registering to vote. That matters because someone could, for example, get a driver's license as a non-citizen before they later earn citizenship that allows them to vote.

Then there's the 58,000 number. According to state officials, that's the number of people who at one time registered as non-citizens and also voted in at least one election in Texas. Texas officials told our partners at Politifact the possibly ineligible votes were cast over a 22-year span. But again, these are not confirmed cases of ineligible people casting votes. These are instances when a name in the state's non-citizen database matched the name of a listed voter. The matches could involve two different people with similar personal information, or, as we already noted, a person's non-citizen label could be out of date.

Each Texas county must now decide if it wants to investigate the possible ineligible voters. At this point, it's too early to know how many of the 95,000 flagged cases will be confirmed as fraudulent, and we might never get a ruling on all of them. But if history serves, the number of proven cases of non-citizens voting will likely be a much smaller number.