Trump's Next Orders Are Expected To Limit Immigration And Refugees 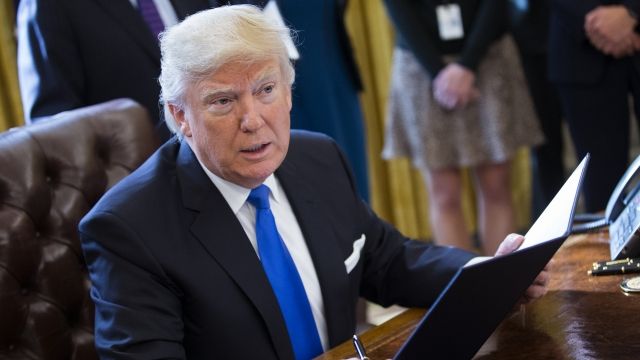 SMS
Trump's Next Orders Are Expected To Limit Immigration And Refugees
By Lindsey Pulse
By Lindsey Pulse
January 25, 2017
It appears Donald Trump is sticking with his promise of "extreme vetting."
SHOW TRANSCRIPT

President Donald Trump is reportedly gearing up to sign executive orders that would limit immigration and temporarily block most refugees from entering the U.S.

The first order of business appears to be directing federal funds for a barrier on the U.S.-Mexico border — which some expect to be signed during Trump's visit to Homeland Security headquarters Wednesday afternoon. 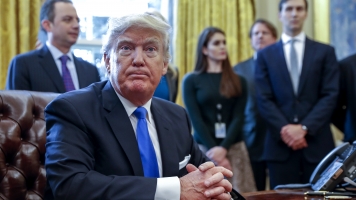 Other orders will reportedly include a temporary ban on refugees — which Trump has previously promised — until the U.S. can properly vet people entering.

These orders would all double down on Trump's campaign rhetoric. He repeatedly called for a wall to be built on the U.S.-Mexico border and promised "extreme vetting" of immigrants and refugees.

And while Trump's administration hasn't confirmed any of the reports, the president did tweet Tuesday night that he has a "big day" planned for national security and "we will build the wall!"