Trump Isn't The First President To Give His Salary To Charity 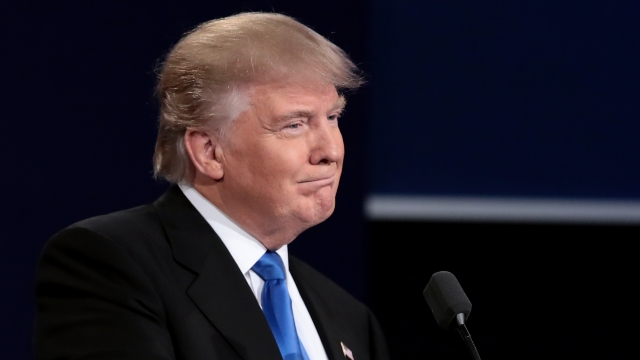 White House press secretary Sean Spicer said President Donald Trump will donate his $400,000 salary at the end of the year.

President Donald Trump plans to donate his presidential salary to charity at the end of the year.

"The way that we can avoid scrutiny is to let the press corps decide where it should go," White House press secretary Sean Spicer told reporters Monday.

During a question-and-answer session on Twitter in 2015, Trump said he would give up his presidential salary if he were elected.

"I won't even take one dollar," Trump said.

Turns out, Trump does have to take at least one dollar, something he acknowledged after the election.

George Washington didn't want to take a salary, either. But the framers of the Constitution thought the president needed a fixed compensation to remain truly separate from Congress, so they wrote it into the Constitution.

The president and his allies haven't settled on why exactly he can't release his tax returns.

"The legislature, with a discretionary power over the salary and emoluments of the Chief Magistrate, could render him as obsequious to their will as they might think proper to make him. They might, in most cases, either reduce him by famine, or tempt him by largesses, to surrender at discretion his judgment to their inclinations," Alexander Hamilton explained in "Federalist No. 73."

Trump won't be the first president to donate his earnings.

Both John F. Kennedy and Herbert Hoover did. Hoover also used some of his salary to boost his staff's paycheck.