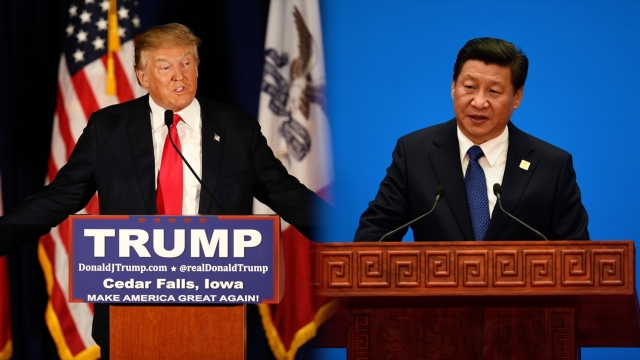 In a phone call Thursday night, Trump told the Chinese leader the U.S. would honor the so-called "one China" policy.

Under that policy, China doesn't recognize Taiwan as an independent nation. But the U.S. isn't necessarily "bound" by it; it's more like the U.S. has agreed not to meddle.

In the 1970s, the U.S. State Department acknowledged China's stance on Taiwan but didn't take a position on the issue.

Taiwan And Others Scramble Jets As China Ramps Up Military Action

Taiwan scrambled jets and deployed a frigate to the Taiwan Strait in response to Chinese military action in the area.

Just weeks after the election, Trump accepted a phone call from Taiwanese president Tsai Ing-wen and became the first president (or president-elect) to formally communicate with the head of Taiwan in over three decades.

And days after that, Trump went on "Fox News Sunday" and said he doesn't understand why the U.S. has to be bound by the policy.

"So, I don't want China dictating to me," Trump said.

China lodged a formal complaint with the U.S. after that comment, but now it appears the presidents are putting their differences aside.

Trump sent a letter to Xi Jinping wishing China a happy New Year only a day before the recent phone call. The leaders have also invited each other to meet in their respective countries.