US To Arm Kurdish Fighters One Ally Considers A Terrorist Group 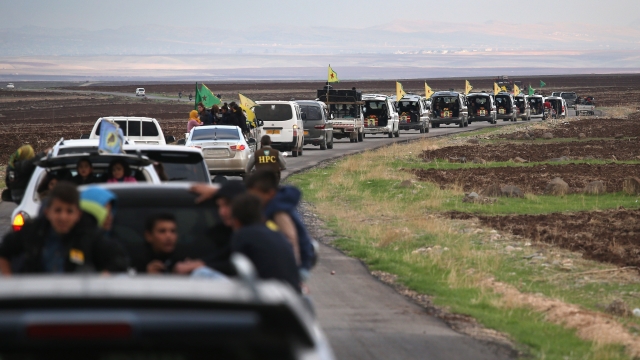 SMS
US To Arm Kurdish Fighters One Ally Considers A Terrorist Group
By Jake Jones
By Jake Jones
May 9, 2017
The YPG is a dominant force within the Syrian Democratic Forces.
SHOW TRANSCRIPT

President Donald Trump has signed off on a plan to arm Kurdish forces, according to NBC. The move could be part of a final push against a major ISIS stronghold in Syria.

But a group of Kurdish fighters, commonly referred to as the People's Protection Units or YPG, is considered a terrorist organization by Turkey, another U.S. ally fighting ISIS.

The YPG is considered the militia for a Kurdish nationalist group known as the Democratic Union Party (PYD). The PYD is closely affiliated with the Kurdistan Workers' Party (PKK), which is a left-wing group considered a terrorist organization by both Turkey and the U.S. The PYD and PKK have the common desire to create an independent Kurdish state.

The YPG makes up a significant portion of the 50,000-fighter Syrian Democratic Forces, which is a key ally to the U.S. in the fight against ISIS.

Kurdish forces are on the move to take back Raqqa, the city ISIS declared its capital.

Those forces could eventually push forward to the northern strip of Syria, extending the area controlled by the Kurds. The Kurdish people are considered to be the largest ethnic group without a homeland.

U.S. forces have joined Kurdish forces in northern Syria along the Turkish border, in part as a signal of support and a warning to Turkey, who has conducted airstrikes and land operations against Kurdish expansion in the region. 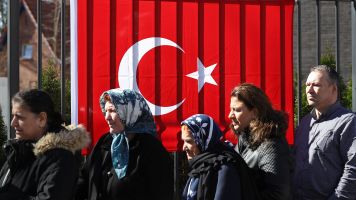 A top aide to Turkish President Recep Tayyip Erdogan warned that U.S. troops could be hit by Turkish missiles if they stay in the region alongside the Kurdish fighters.