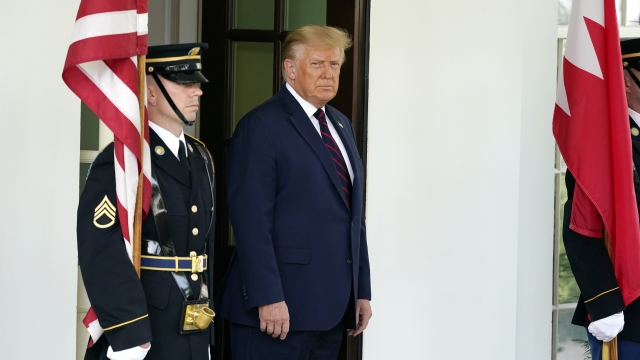 President Trump is threatening Iran after allegations that the Iranian government is engaging in a potential assassination plot aimed at his ambassador to South Africa.

Politico is reporting that U.S. officials believe Iranian operatives in South Africa are targeting U.S. Ambassador Lana Marks. And now the president says a such an attack would be (quote) "met with an attack on Iran that will be 1,000 times greater in magnitude."

The South-African-born Marks has no apparent ties to any U.S.-Iranian tensions. She was the CEO of an upscale handbag company and a member of the president's Mar-a-Lago Club in Florida when he appointed her to the post in October.

But Politico reports that Iran sees Marks as a potential target for retaliation over the U.S. drone strike that killed Iranian general Qassem Soleimani in Iraq in January.

That was followed by an Iranian missile strike on a nearby U.S. air base and, now, President Trump's Tweet threatening a massive U.S. response if his ambassador is targeted.

A U.S. official told Politico that the ambassador may have been considered a target simply because she was seen as a personal friend of President Trump.