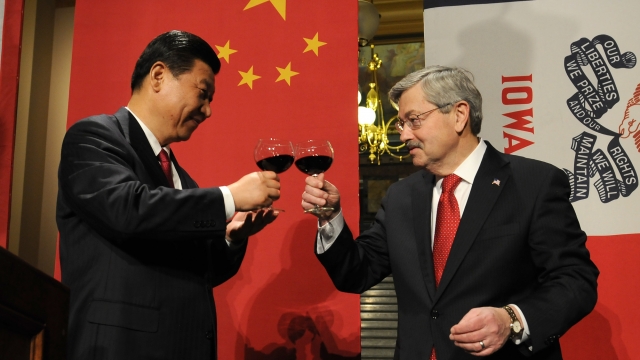 After provocative statements during the campaign and a protocol-breaking phone call with Taiwan last week, President-elect Donald Trump may need to smooth some things over with China.

This man could make that job a lot easier: Meet Iowa Gov. Terry Branstad, Trump's pick to be U.S. Ambassador to China.

Branstad has accepted the offer, according to Trump's transition team.

So how would the governor of a Midwestern state help maintain and potentially improve U.S.-China relations?

Branstad has a nearly 40-year relationship with China and is friendly with Chinese President Xi Jinping, according to the Des Moines Register. The two apparently met in 1985. Xi had been visiting Iowa as part of a Chinese delegation studying agriculture.

Since that visit over three decades ago, the two have kept in touch. Xi visited Iowa in 2012. That same year, Branstad visited Xi in China. And Branstad was over there just last month participating in a trade mission.

SEE MORE: Economists Say Trump Might Have His Facts Wrong On China

Trump's selection of Branstad for the post isn't all that surprising. He was an early supporter of Trump, and one of Branstad's sons ran Trump's campaign in the Hawkeye state. Branstad is Iowa's longest-serving governor.

The Senate will need to confirm Branstad's nomination.