After 'Fire And Fury,' The President Is Talking About Libel Laws Again 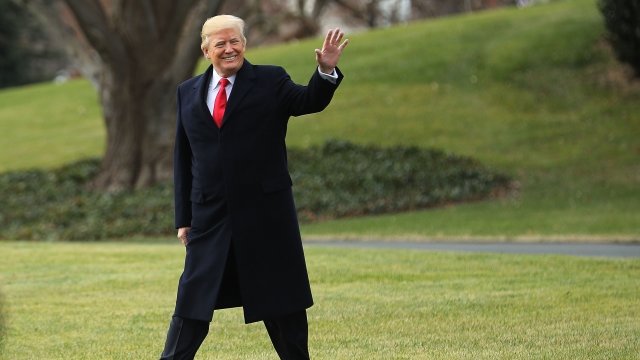 SMS
After 'Fire And Fury,' The President Is Talking About Libel Laws Again
By James Packard
By James Packard
January 10, 2018
The president opened a Cabinet meeting Wednesday by talking, in part, about taking a "strong look" at libel laws.
SHOW TRANSCRIPT

President Donald Trump is resurfacing an old promise to go after the press.

"We are going to take a strong look at our country's libel laws," the president said at a Cabinet meeting Wednesday. "When somebody says something that is false and defamatory about someone, that person will have meaningful recourse in our courts. ... Our current libel laws are a sham and a disgrace." 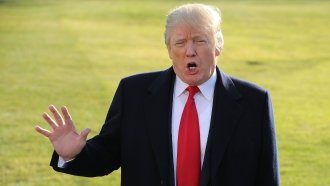 Is The First Amendment In Danger In The Age Of Trump?

Of course, this isn't the first time he's talked about reforming libel laws.

"I'm going to open up our libel laws so when they write purposely negative and horrible and false articles, we can sue them and win lots of money," he said on the campaign trail in February 2016.

And the timing of the president's overture likely isn't a coincidence. Just last week, author Michael Wolff published a book detailing what he says are the inner workings of the West Wing. The anecdotes on the pages raised eyebrows, and the president's team was quick to hit back.

"Our position is very clear: that we think it is full of false and fake information," White House press secretary Sarah Sanders said.