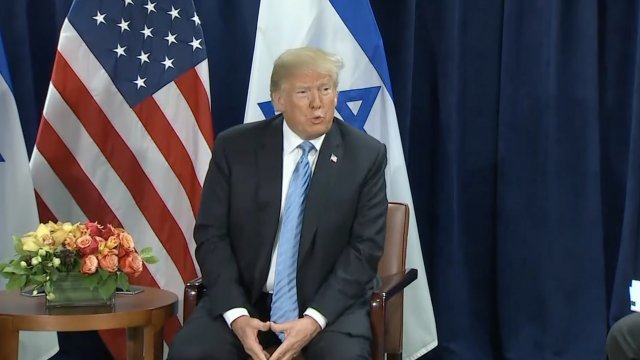 "So I'm looking at two state and one state. I like the one that both parties like," Trump said in February 2017.

A two-state solution is exactly what it sounds like: Israel and Palestine would be separate, independent nations. But recently the region has seen increased violence, and a United Nations official said, "Current trends are jeopardizing the possibility of a two-State solution for Israelis and Palestinians."