Trump Supporter Is Facing Charges For Punching A Protester 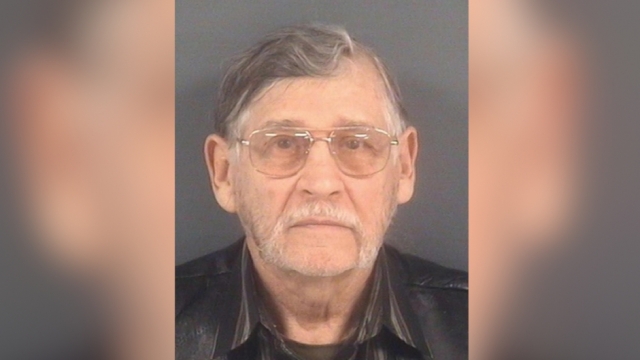 SMS
Trump Supporter Is Facing Charges For Punching A Protester
By Grant Suneson
By Grant Suneson
March 10, 2016
Police were removing a protester from a Donald Trump rally when an attendee hit the protester in the face.
SHOW TRANSCRIPT

Donald Trump rallies have occasionally become unsafe and hostile places for protesters and even journalists. Now, one Trump supporter is facing charges for his alleged actions at a recent speech.

Video shows police escorting protesters out of a Fayetteville, North Carolina, rally Wednesday when an attendee walked up and hit one of the protesters, Rakeem Jones, in the face.

Though Jones kept walking, police tackled him while leaving his alleged assailant, 78-year-old John McGraw, free to go back to his seat.

"Inside Edition" caught up with McGraw after the rally ended, and he actually said he enjoyed hitting Jones and added he might take things a step further.

Jones later said he was upset with how he was treated at the rally, both by Trump’s supporters and the police who removed him.

“I was more pissed off with the police than anything. I was like, ‘Y’all did this to me, but he hit me,’” Jones told WNCN.

But after the video went viral, police took action against McGraw. He was arrested and charged with assault and battery and disorderly conduct. His bond is set at $2,500.

Cumberland County Sheriff Earl Butler said in a statement: “No one should be subjected to such a cowardly, unprovoked act as that committed by McGraw. … I hope that the courts will handle this matter with the appropriate severity for McGraw’s severe and gross violation of this victim’s rights.”

This video includes clips from WNCN, The Fayetteville Observer, Inside Edition, U.S. Uncut and images from Getty Images and the Cumberland County Sheriff's Office.