Trump Slams Comey After Details Of His New Book Emerge 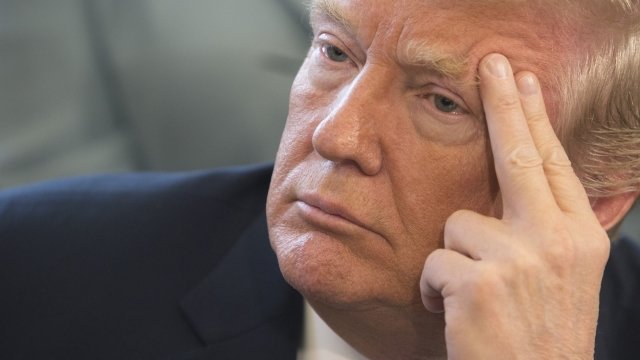 The president slammed Comey in two lengthy tweets Friday morning, calling him "a proven LEAKER & LIAR" and "a weak and untruthful slime ball."

Comey's memoir, titled "A Higher Loyalty: Truth, Lies, and Leadership," doesn't paint Trump in a good light. Comey likens the president to a mob boss and calls him "untethered" and "unethical."

John Kelly Said He Was 'Sick' About Firing, Comey Writes

Comey's book is due out Tuesday, but multiple media outlets got ahold of excerpts or advance copies Thursday.

Members of the Trump administration are also firing back against Comey's book.

White House press secretary Sarah Sanders said on Twitter, "One of the few areas of true bipartisan consensus in Washington is Comey has no credibility."