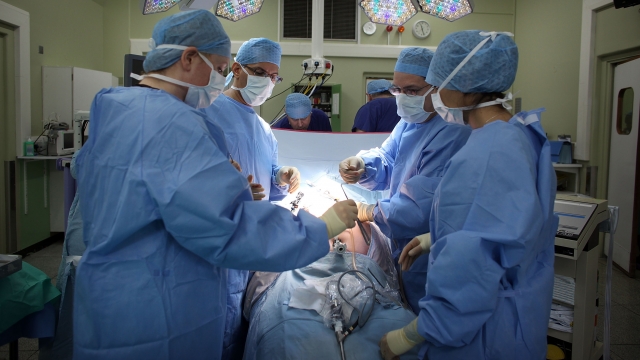 A executive order plans to cut the cost of care for kidney disease patients and increase kidney organ donations.

It involves a set of initiatives meant to improve the lives of Americans suffering from kidney disease, expanding those patients' options and driving down associated health care costs.

One of the larger goals is to reduce the number of end-stage kidney disease patients by 25 percent by 2030.

It plans to accomplish that in part by doubling the number of kidneys available for transplant by 2030, and having most new end-stage renal disease patients either get one of those transplants or receive at-home dialysis care by 2025.

"We’ll establish more transparent, enforceable and objective metrics for identifying potential kidneys for transplant. The result will be more and faster transplants for those in need. By streamlining rules to help patients and by incentivizing the supply of kidneys — very substantially incentivizing, I have to add — an estimated 17,000 additional Americans could receive kidneys that they desperately need. We think that’s going to happen. We think that number is very doable, and it could even be higher than that," Trump said.

The move will also hold donor organizations more accountable for getting timely transplants to those most in need.

Under the plan, HHS will be able to change the way it reimburses Medicare providers, which will, in theory, encourage earlier diagnoses and treatment. According to the agency, around $114 billion a year is spent on Americans with kidney disease.

The Trump administration says Wednesday's executive order is the first kidney-focused order since 1973. Some experts speculate the changes could potentially save thousands of lives per year.