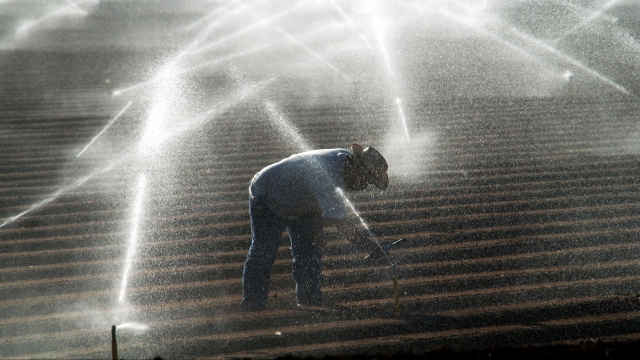 SMS
Trump Signs Order To Divert California Water
By Meg Hilling
By Meg Hilling
February 20, 2020
The order diverts water from the northern half of the state to farmers in the southern half.
SHOW TRANSCRIPT

The Trump administration is moving forward with an order that calls for the restructuring of California's water system, despite protests from state lawmakers and environmental groups.

The order, which President Trump signed Wednesday, diverts water from the northern half of the state to farmers in the southern half. It comes after the Interior Department reversed its stance on scientific research that warned against the funneling of the state's water in such manner. The research argued that diverting water would place endangered species like chinook salmon and delta smelt fish at risk, according to The Hill.

President Trump told reporters Wednesday, "A major obstacle to providing water for the region's farmers has now been totally eliminated by the federal government."

The state's attorney general says he and other lawmakers are prepared to challenge the Trump administration's "harmful attack" on California's "critical ecosystems and environment."