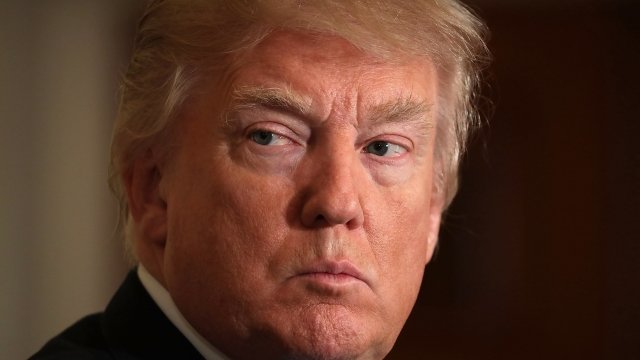 By Briana Koeneman
August 2, 2017
On Wednesday, President Donald Trump signed a bill that imposes new sanctions on Russia, Iran and North Korea. But he doesn't seem happy about it.
SHOW TRANSCRIPT

But he didn't seem too happy about it.

In two statements released after the closed-door signing, Trump says he's all for cracking down on Russia, Iran and North Korea for what he says is "bad behavior."

But he also criticizes the bill, calling it "seriously flawed." It limits the president's ability to negotiate sanctions without approval from Congress. 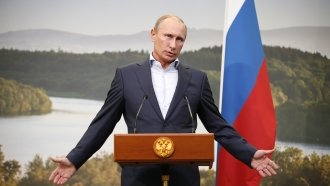 These Are The Sanctions That Have Enraged Vladimir Putin

One of Trump's statements read, in part, "This bill makes it harder for the United States to strike good deals for the American people, and will drive China, Russia, and North Korea much closer together."

Still, Trump says he signed the bill "for the sake of national unity."

But Congress didn't really give him a choice. The legislation passed in both chambers last week with veto-proof majorities.