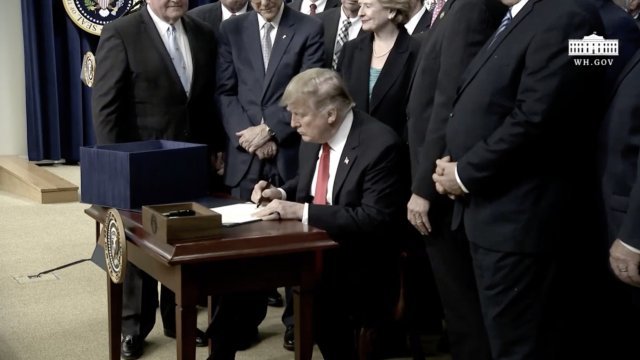 By Stephanie Liebergen
December 20, 2018
The farm bill is a major piece of legislation that needs to be passed every five years.
SHOW TRANSCRIPT

This major piece of legislation will be in effect for the next five years. The $867 billion bill set rules for agriculture, nutrition, conservation and forestry policies.

Some notable provisions in the new law include expanding crop subsidies for farmers and legalizing hemp production.

One thing that didn't make it into the bill was a new work requirement for food stamp recipients. That was something Trump wanted, so he's trying to change the rules to close what he calls "work requirement loopholes."

"Millions of able-bodied, working age adults continue to collect food stamps without working or even looking for work. Our goal is to move these Americans from dependence to independence, into a good-paying and a rewarding career," Trump said.