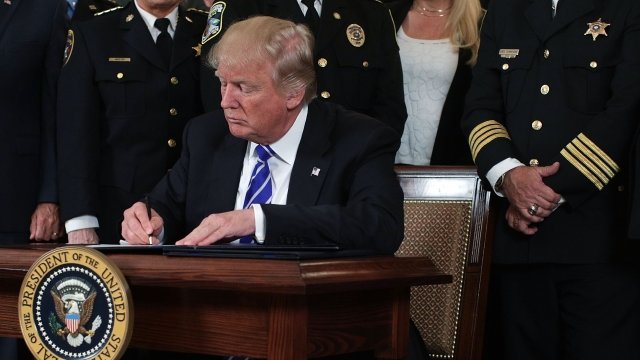 SMS
President Trump Signs $717 Billion Defense Authorization Bill
By Gabrielle Ware
By Gabrielle Ware
August 13, 2018
The legislation will increase active-duty recruits by more than 15,000 and give troops a pay raise, among other things.
SHOW TRANSCRIPT

It'll also provide a personnel boost. Trump said at the signing ceremony, "With this new authorization, we will increase the size and strength of our military by adding thousands of new recruits to active duty."

One focus of the bill was cracking down on China's influence in the U.S., including tightening reviews on Chinese investment in America.

Lawmakers on both sides of the aisle have expressed support for the harsher measures concerning China.