Trump Says US May Re-enter TPP For 'Much Better Deal' 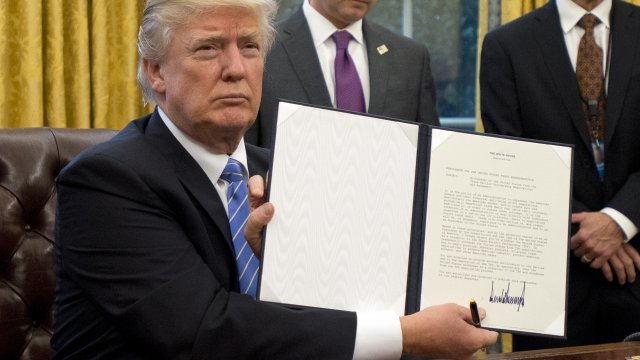 President Donald Trump said Thursday he would consider re-entering the Trans-Pacific Partnership if a "much better deal" were on the table.

He told CNBC, "I would do TPP if we were able to make a substantially better deal." And said how the previous deal was structured was "terrible."

As he promised during the campaign, Trump pulled the U.S. out of the trade agreement about a year ago.

But the 11 other countries continued to negotiate.

Including Canada, which wouldn't sign the updated agreement last November but said Tuesday it would commit to a revised version.