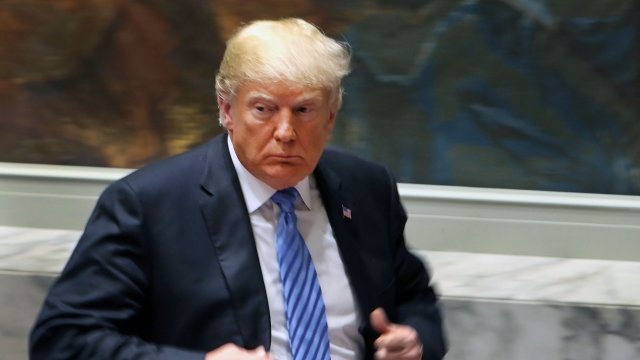 The House voted 361-61 to pass the bill Wednesday night. It would keep the government funded until December. The Senate overwhelmingly passed the $854 billion bill last week.

It included a pay raise for the military, a boost for the National Institutes of Health and an additional $7 billion in disaster aid. But it doesn't include funding for President Trump's proposed border wall.

Because of that, the president has criticized the bill, calling it "ridiculous" in a tweet less than a week ago.

Earlier this month he even threatened to shut down the government by not passing the spending package but later said he "most likely ... will not do that," because Republicans promised to get to the wall after the November elections.

The deadline to avert a government shutdown is Sept. 30.