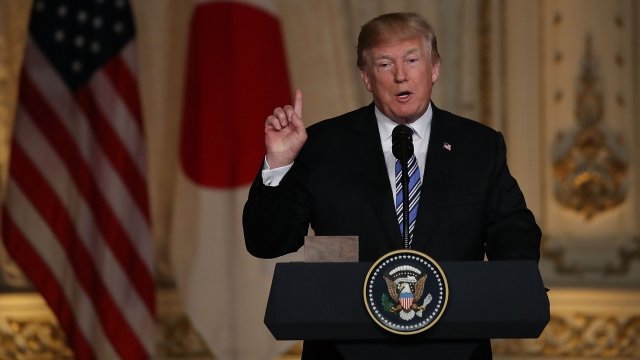 SMS
Trump Says He'll Leave The North Korea Talks If They Aren't 'Fruitful'
By Briana Koeneman
By Briana Koeneman
April 19, 2018
President Trump told reporters he's optimistic about the planned talks. But he made it clear he would walk out of the meeting if it isn't successful.
SHOW TRANSCRIPT

During a joint press conference with Japanese Prime Minister Shinzo Abe on Wednesday, President Donald Trump hinted at how his meeting with North Korean leader Kim Jong-un might go.

Trump told reporters he's optimistic about the planned talks, which are expected to take place in the next few months.

"As you know, I will be meeting with Kim Jong-un in the coming weeks to discuss the denuclearization of the Korean Peninsula. Hopefully, that meeting will be a great success, and we're looking forward to it," Trump said.

But he made it clear he would walk out of the meeting if it isn't "successful." 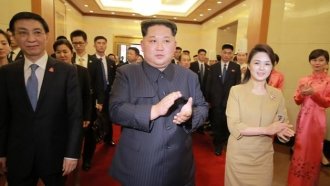 Trump also said the U.S. will continue to exert "maximum pressure" on North Korea until the country agrees to denuclearize.

And that could be a real possibility, according to South Korea's president. Moon Jae-in said Thursday the North is showing a willingness to completely denuclearize and isn't making any unreasonable demands in exchange.