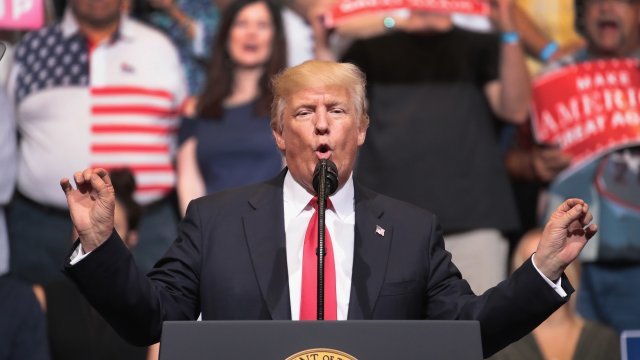 President Donald Trump says he could send thousands more troops to the U.S. border to stop migrants from entering the country — up to nearly triple the 5,200 initially announced by the Department of Defense.

"Our military is out. We have about 5,008. We'll go up to anywhere between 10 and 15 thousand military personnel on top of Border Patrol, ICE and everybody else at the border. Nobody's coming in," Trump said.

Reports have noted the high end of that range, 15,000, is more troops than the U.S currently has in Afghanistan.

Defense Secretary James Mattis responded to reporters on the matter, saying, "It's not about the footprint. It's about the mission. And sometimes enabling missions ... require a significant footprint."

The cost to taxpayers also isn't publicly known, but smaller deployments of National Guard to the border have cost hundreds of millions of dollars.

Trump tweeted "many more" troops are needed because the caravans "are also made up of some very bad thugs and gang members." He's denied accusations that his statements equate to fear mongering ahead of midterms.