Trump Says He'd Be 'Honored' To Meet With Kim Jong-Un 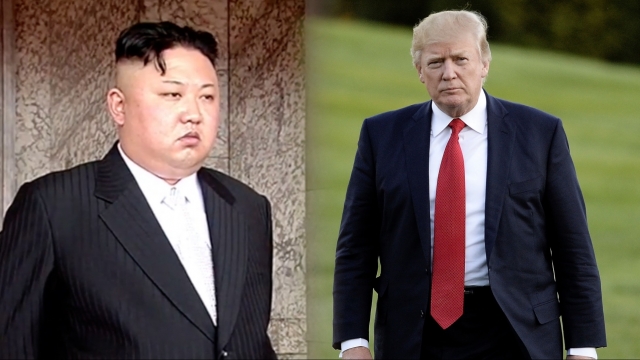 President Donald Trump said he would "absolutely" meet with North Korea's leader "if it would be appropriate."

In an interview with Bloomberg News on Monday, Trump said he would "be honored" to sit down with Kim Jong-un but stressed it would have to be "under the right circumstances."

When asked about the comments, White House press secretary Sean Spicer said: "There’s a lot of conditions that I think would have to happen with respect to its behavior and to show signs of good faith. Clearly, conditions are not there right now."

Trump had said during the campaign that he'd be willing to speak with the reclusive leader. But his comments Monday were somewhat unexpected, given the recent actions of his administration.

Just last week, Trump told Reuters: "There is a chance that we could end up having a major, major conflict with North Korea. Absolutely." 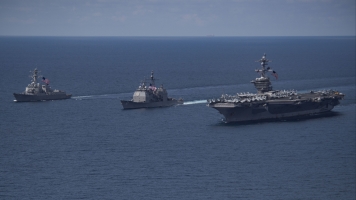 US Didn't Have Its Aircraft Carrier Anywhere Near North Korea

Tensions between the two nations have grown in recent weeks. North Korea has conducted multiple failed missile tests and threatened to "reduce the U.S. to ashes."

President Trump has asked China to do more to get the regime to stop its pursuit of a nuclear program. And on Friday, Secretary of State Rex Tillerson urged United Nations member countries to downgrade or halt their diplomatic relations with North Korea.

"The policy of strategic patience is over. Additional patience will only mean acceptance of a nuclear North Korea," Tillerson said. "We must work together to adopt a new approach and impose increased diplomatic and economic pressures on the North Korean regime."