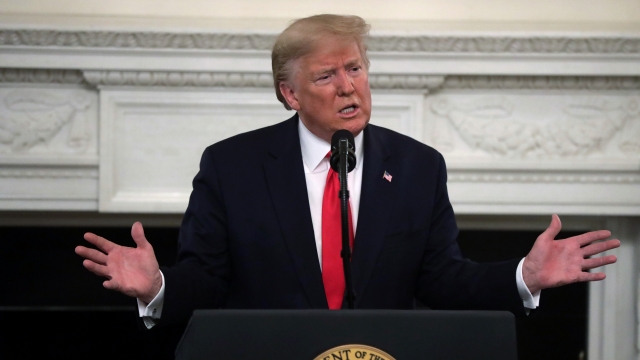 "Europe has been treating us very badly," President Trump said.

Shortly after finalizing an initial trade deal with China, President Donald Trump told a room full of U.S. governors on Monday that a deal with the European Union could be next.

"Over the last 10, 12 years, there's been a tremendous deficit with Europe," he said. "They have barriers that are incredible. ... So we're going to be starting that. They know that."

While the trade deficit with China has decreased under President Trump, the deficit with the EU is at a record high. Last year, it was at roughly $178 billion.

This, of course, has some people worried about another potential trade war. According to Reuters, European officials said they are willing to talk but will retaliate if the U.S. imposes tariffs on cars and other products, as the president has threatened to do.