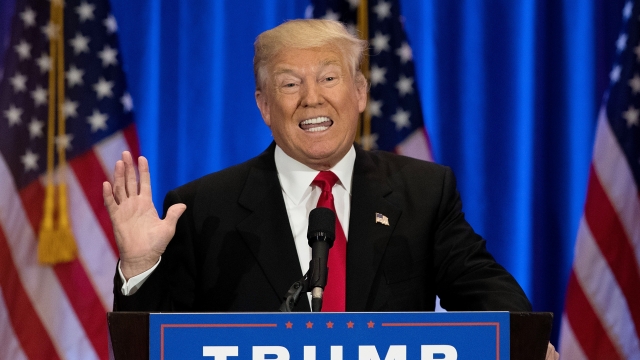 Amid campaign turmoil, Donald Trump is taking the offensive against Hillary Clinton.

"Clinton has opened the Pandora's box of radical Islam. ... ISIS threatens us today because of the decisions Hillary Clinton has made along with President Obama," Trump said.

Much of Trump's speech Wednesday was aimed at painting Clinton's tenure as secretary of state as a disaster, while he tried to soften his own stance on Muslims.

Trump's comments come after Clinton mounted a similar attack against him a day before.

"Every day, we see how careless and reckless Trump is. He's proud of it. Well, that's his choice, except for when he is asking to be our president," Clinton said.

The likely Democratic nominee spent much of her time at the podium going after Trump for everything from his thoughts on women in the workplace to his economic plan.

Trump went on CBS earlier in the day Wednesday to address some of what Clinton said, including why Clinton's campaign has $42 million in the bank, while his campaign has just shy of $1.3 million.

"It's nice to be funded, but when I get funded, I have to go and ask people for money. When I do, they want favors. Everybody wants favors. You know, it's the way it is. Hillary Clinton is giving a lot of favors," Trump said.

As of Wednesday around noon, Clinton's campaign hadn't responded.