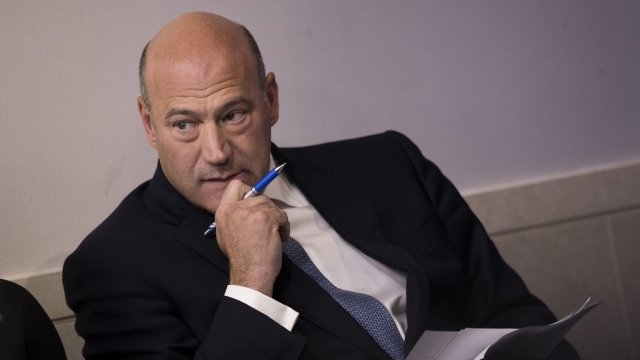 Cohn's departure comes after reports of a divide between the economic adviser and the president over Trump's proposed steel and aluminum tariffs.

Cohn is President Donald Trump's top economic adviser. Axios reported Sunday Cohn and the president had a tense divide over the president's recently announced tariffs on steel and aluminum imports. The outlet said Cohn tried to argue the tariffs would ruin the president's pattern of growth on Wall Street.

And Cohn reportedly wrote a resignation letter after an anti-Semitic, white-nationalist group clashed with protesters in Charlottesville, Virginia. The president equated the racist group with those protesting against them, and that didn't sit very well with Cohn, who is Jewish. After the president's comments, Cohn told the Financial Times the Trump administration "can and must do better."

NBC News: McMaster To Leave White House As Soon As Next Month

White House national security adviser H.R. McMaster could leave the West Wing as soon as next month, according to five people who talked to NBC News.

In a statement about Cohn's departure, the president praised Cohn and said, "I thank him for his dedicated service to the American people."

Cohn said, "I am grateful to the President for giving me this opportunity and wish him and the Administration great success in the future."

The report adds more names to the growing list of high-profile West Wing staffers who have left the White House under Trump, especially in the last several weeks.