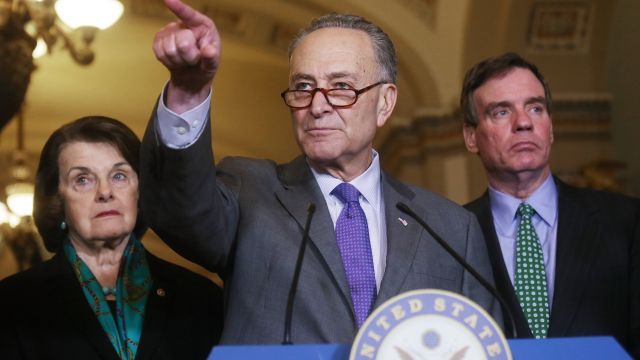 SMS
Trump Might Need Democrats' Support For Tax Reform
By Matt Picht
By Matt Picht
April 26, 2017
Unless President Trump can balance the costs of his tax reform plan, he'll need some Democratic support to pass it in Congress.
SHOW TRANSCRIPT

The Trump administration has laid out its plan for tax reform. Now it just has to figure out how to get Congress on board — and the White House might need Democrats to do that.

Democratic votes weren't a factor in the GOP's push to reform health care, which was done through the filibuster-proof process called budget reconciliation.

Right now, that's not an option for Trump's tax plan. Bills passed through reconciliation can't add to the national deficit after 10 years, and initial reports suggest the steep tax cuts Trump wants would definitely do that. 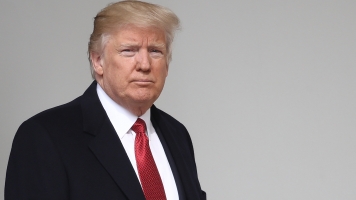 McCaskill said: "If we can fashion this so that it really does help middle-class families and really does help small businesses, then I think there'll be a lot of us that want to help. If this is just about Donald Trump-type businesses and Donald Trump's friends ... I really don't think we should be blowing a hole in the deficit."

But so far, it seems like some Democrats aren't thrilled with Trump's proposals.

It's possible Trump could use a particularly rosy internally generated assessment of the bill's economic impacts to justify using reconciliation, but deficit-conscious Republicans might not be on board with that idea.