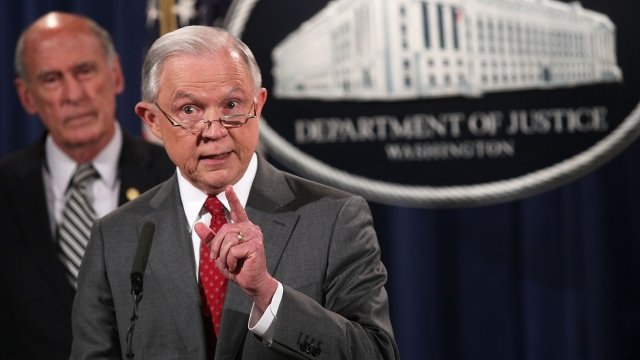 In several rounds of announcements, the Department of Justice has called out dozens of states, cities and counties it feels have enacted policies that keep police from sharing immigration status information with federal authorities.

The DOJ threatened to take away grant money from some jurisdictions, including Chicago, New York City, New Orleans and Philadelphia.

But on Monday, a U.S. district judge ruled withholding funds like that is unconstitutional.

Congress has the power to decide how public money is spent. The judge said the Trump administration can't place new conditions on funds Congress already approved.

The judge ruled on lawsuits brought by Santa Clara County, California, and the city and county of San Francisco, but his ruling applies to jurisdictions nationwide. Both suits were filed before the DOJ started sending out warning letters.

A DOJ spokesperson argued the district court has "exceeded its authority" by barring "the President from instructing his cabinet members to enforce existing law."