Trump Can Thank His Predecessors For Expanding Executive Power 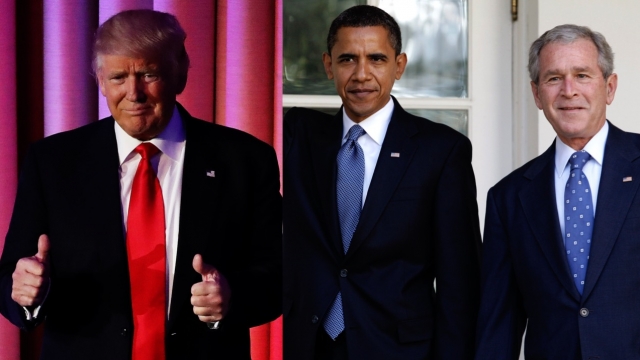 The president-elect has also made it pretty clear he's not opposed to wielding that power.

Donald Trump will be walking into the Oval Office with expanded executive powers we haven't really seen before.

He's promised to withdraw from the Trans-Pacific Partnership, pull the U.S. out of the Paris climate agreement, get rid of many of the current environmental regulations and start the deportation of millions of undocumented immigrants. And he can do all of that without any help from Paul Ryan in the House or Mitch McConnell in the Senate.

With a distaste for Congress — and in certain comments — the president-elect has made it pretty clear he's probably not opposed to skipping the legislative process and wielding executive power wherever he can.

"I alone can fix it," Trump said during his acceptance speech at the Republican National Convention.

Last week, Trump released a video detailing his first 100 days as president — and not one time did he mention working with Congress on anything.

And you can sort of thank these two guys: From President George W. Bush's warrantless eavesdropping to President Barack Obama's orders on illegal immigration, both have completely changed precedent on what a president can do on his own.