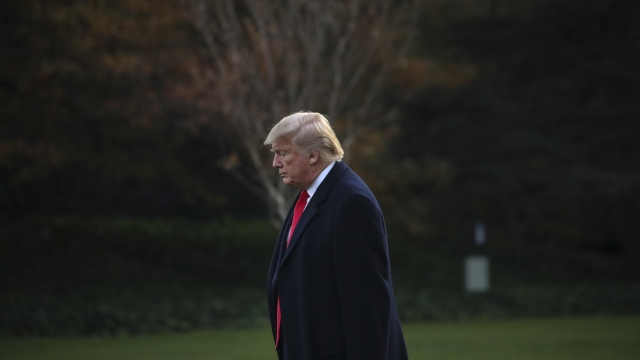 The White House says President Donald Trump's unexpected trip to Walter Reed National Military Medical Center over the weekend was for a "planned, routine interim checkup" — despite reports to the contrary.

According to a statement from Dr. Sean Conley, Physician to the President, the Saturday visit was part of the regular primary preventative care that President Trump receives throughout the year.

The statement said the trip was kept off the record due to scheduling uncertainties. It added the president hasn't had any chest pain and wasn't treated for any urgent or acute issues.

The unannounced visit sparked some speculation that President Trump was receiving urgent care for an undisclosed heath issue.

But White House press secretary Stephanie Grisham and the president himself denied those reports on Twitter, saying he visited with a military family and medical staff at the center after his checkup.