Trump's Trip To Arizona Poses A Delicate Problem For Politicians 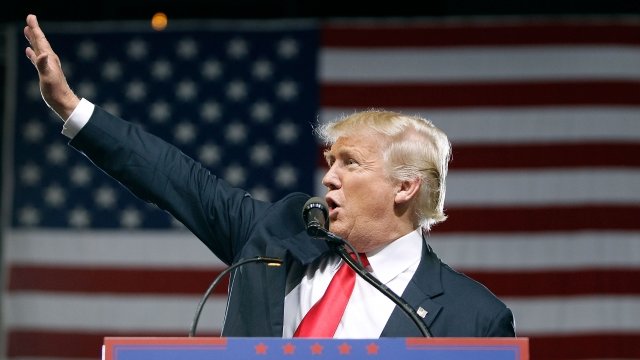 By Ryan Biek
August 22, 2017
Arizona Republicans nearing re-election are distancing themselves from the president — but not too much.
SHOW TRANSCRIPT

The city's mayor, who's a Democrat, asked last week that the president reschedule his visit amid growing backlash in response to Trump's take on the violence in Charlottesville, Virginia.

Trump condemned the KKK, the so-called alt-right and white supremacists involved in the violence, but he has continued to say counterprotesters are also to blame.

The state's Republican governor, Doug Ducey, told news outlet the Arizona Republic he plans to skip the rally but will still greet Trump when his plane touches down in the state.

A political science professor told the Arizona Republic the handshake on the tarmac is the  "least public way possible" for Ducey to show respect to Trump.

The professor noted that Ducey is up for re-election next year, so he needs to appeal to voters with various of opinions of Trump if he wants to hold on to his position. 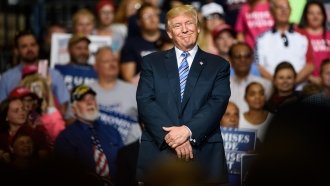 A different Republican Arizona lawmaker has already learned what can happen to your base if you appear critical of Trump.

Last week, Trump actively campaigned against Flake, who's up for re-election next year.