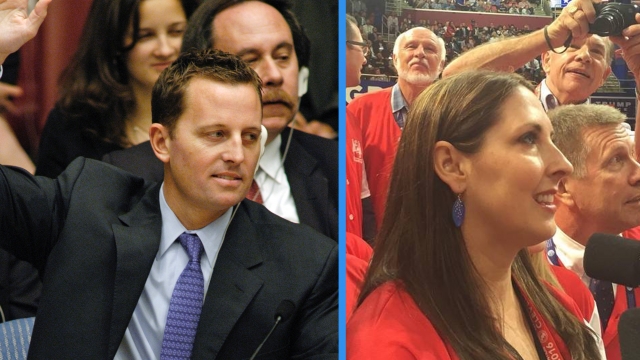 President-elect Donald Trump is still putting his future administration together, and he's reportedly mulling a few picks that would bolster his team's diversity.

Grenell is an openly gay conservative speaker, and he briefly served as Mitt Romney's foreign policy spokesman during the 2012 election cycle. Grenell resigned from that role after conservative backlash.

The move might help reassure LGBTQ citizens who are wary of a Trump administration. Although Trump's pledged not to roll back marriage equality rights, Vice President-elect Mike Pence has a long record of taking anti-LGBTQ positions.

Trump also needs to find a new leader for the Republican National Committee since current chair Reince Priebus will be Trump's chief of staff.

McDaniel is also connected to Mitt Romney — she's his niece. And she sharply condemned Trump's vulgar comments about women that surfaced last month. But she still expressed interest in a top job from Trump.

Aside from Priebus, the only other White House staff member Trump has reportedly settled on is former Breitbart head Steve Bannon for chief strategist. That move has proven highly controversial, thanks to Bannon's supposed ties to white nationalism.