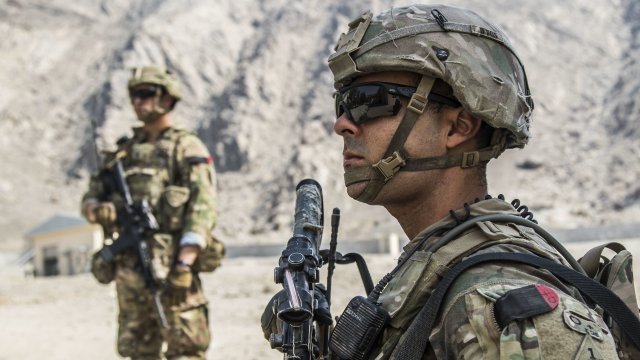 SMS
The State Of The US Military After Trump's First Year In Office
By Matt Picht
By Matt Picht
January 30, 2018
Trump didn't get the military buildup he wanted during his first year in office, but the president still managed to make an impact.
SHOW TRANSCRIPT

President Trump has repeatedly pledged to build up America's military. But after a year in office, that pledge is still mostly on hold.

Trump did sign a massive funding package authorizing a nearly $700 billion budget for the military. But that figure is mostly aspirational until Congress rolls back a 2011 law capping defense spending at $549 billion. And if the recent shutdown fight over the budget is any indication, removing those caps could take a while.

Without a bigger budget, Trump's promised increases in troops, ships and aircraft won't get off the ground. Defense Secretary Jim Mattis says the troop buildup is currently slated to start in fiscal year 2019 — and that could get pushed back even further. 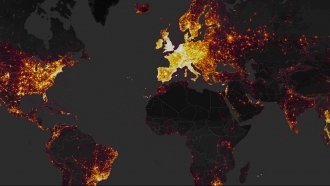 Despite the budget quagmire, Trump has still been making an impact on the military during his first year as commander in chief.

The U.S. has taken a more active role in the Syrian conflict under Trump, with new troop deployments, more support for friendly forces and even a direct strike on the Syrian regime. From some angles, it almost looks like the U.S. is nation building on a small scale in Syria.

During his first year, Trump oversaw plenty of major wins against ISIS and other terrorist groups in Syria — and also a nascent border war erupting between two U.S. allies: a Syrian resistance group and neighboring Turkey.

Trump's also reversed course on pulling out of the ongoing war in Afghanistan. The Pentagon is currently preparing a new wave of U.S. forces to attempt to train an effective Afghan security force to keep the country stable.

As for the most deadly part of the U.S. military, Trump's posture on nuclear weapons is still in development. A leaked draft calls for more weapons and modernized systems — but that comes with a pretty hefty price tag, which means it'll have to get through Congress first.