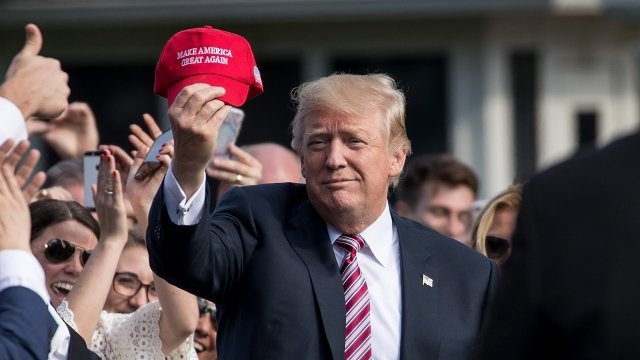 Few things are as pervasive in conservative America than President Donald Trump's iconic "Make America Great Again" hats. Even if you didn't vote for Trump, you've probably seen them ... everywhere.

A group of Stanford University experts in communication, technology and psychology deemed the hat the "Symbol of the Year" in 2016. It beat out "taking a knee during the national anthem," Trump's so-called border wall and the "This Is Fine" dog. But what exactly makes the cap so iconic?

Experts say it's because the hat was so prevalent at rallies, conventions and other political gatherings. They say its message resonates with many conservative voters and that those who criticized it only broadened its reach and recognition. 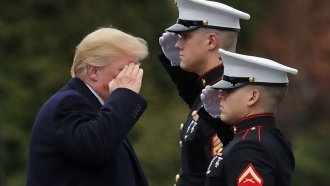 An expert told CNN, "It didn't represent what one thinks of when you think of traditional politics in terms of visual messaging, and that's essentially what Trump was as well."

Beyond its symbolic significance, the hat is also a major investment for Trump's political team. The then-candidate first wore the hats publicly in 2015. Two months before Election Day, the campaign had spent $3.2 million on hats alone. That's almost double what the campaign spent on polling at that time.

By spring 2017, Trump's team said more than 525,000 official hats with the slogan were sold since his campaign started. That number didn't include unofficial caps.

Even after the 2016 election, merchandise sales are still big for Trump. This year, the official shop celebrated Presidents Day with a 30 percent off sale on all "presidential merchandise." Proceeds go to Trump's re-election campaign and the Republican National Committee.