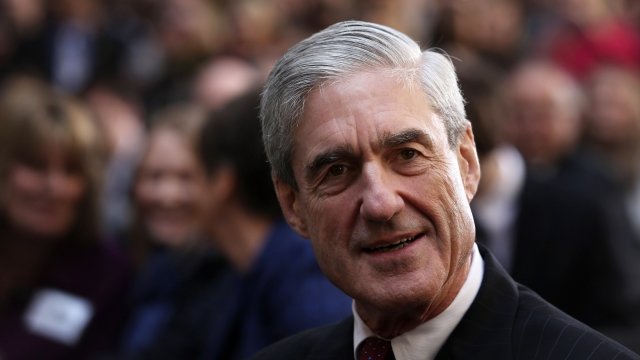 SMS
Trump's Lawyers Reportedly Handed Information Over To Mueller's Team
By Ethan Weston
By Ethan Weston
March 19, 2018
They're reportedly worried about a lengthy interview between the president and Robert Mueller.
SHOW TRANSCRIPT

President Donald Trump's lawyers reportedly turned over information about certain events under investigation by Robert Mueller and his team.

The Washington Post reports Trump's lawyers are worried about a lengthy interview, though the president is reportedly ready to sit down with Mueller. They hope providing the documents will limit the scope of any potential interviews with the special counsel.

Over the weekend, Trump directly targeted Mueller's investigation on Twitter, saying it "should never have been started" and implying it was politically stacked against him. It was the first time Trump had used Mueller's name on Twitter.

Trump has denied any wrongdoing by him or his campaign staff and has called the investigation a "witch hunt."