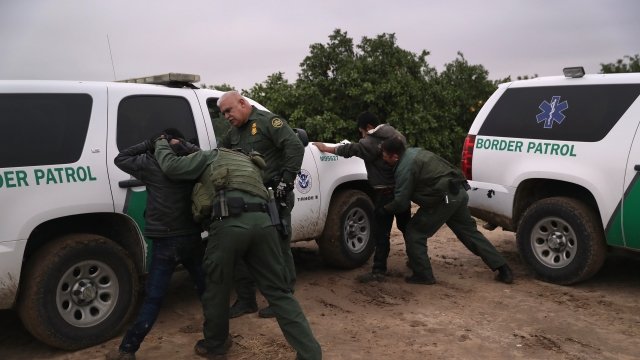 SMS
The Number Of Jailed Immigrants Is At A Record High — And Rising
By Ben Schamisso
By Ben Schamisso
May 18, 2018
President Trump's crackdown on immigrants is good news for private prisons. But some argue their business model leads to abuse and neglect.
SHOW TRANSCRIPT

There are more than 200 facilities across the nation that hold immigrants in limbo. They're detained there while their asylum requests or deportation proceedings go through the court system.

And since that system is heavily backlogged, some immigrants are incarcerated for years.

With Trump's efforts to arrest more immigrants at the border and in the interior, that number is likely to rise even more. Especially if we consider Trump's opposition to supervised release. 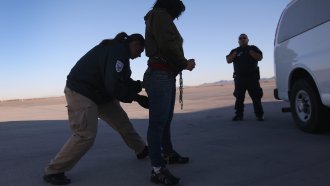 In its 2019 budget, the White House requested money to bring the current number of detention beds to more than 50,000, but Congress declined.

And in October, the administration put out preliminary requests to contractors for potential new detention sites around the Midwest.

Most inmates are held in facilities operated by private companies. And the more immigrants these for-profit companies detain, the more money they seem to make.

Earlier this week, Sen. Kamala Harris (D-Calif.) introduced a bill to halt the expansion of immigrant jails, improve oversight of these facilities and use alternatives to detention, such as ankle monitors.

More than 170 inmates have died while in immigration custody over the past 15 years.