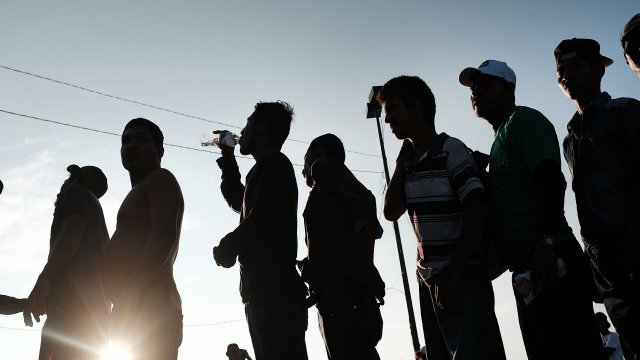 By Matt Picht
November 9, 2018
President Trump's plan to reshape U.S. rules about asylum seekers are going to end up in court.
SHOW TRANSCRIPT

Current U.S. law says immigrants may apply for asylum no matter where they enter the country. The Trump administration wants to restrict that law to bar anyone who doesn't arrive through an official entry point from claiming asylum.

The White House argues Trump has the unilateral power to suspend immigration whenever their entry would be "detrimental to the interests of the United States." The president has spent weeks arguing that a caravan of Central American migrants heading towards the U.S. represents a threat to the country.

But the White House has been overruled on immigration issues before. Trump's ban on travel from certain majority-Muslim countries and efforts to end the DACA program protecting certain undocumented immigrants from deportation were both initially blocked in court. The Supreme Court ended up allowing Trump's travel ban to move forward, and is set to review his DACA rollback. 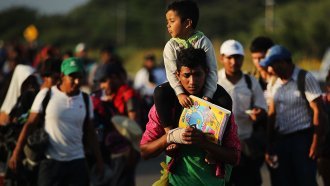 Trump might be more hopeful his latest actions will eventually be vindicated if they reach the Supreme Court — especially since he's already hand-picked two justices.

It's worth noting that international conventions born out of the post-World-War II refugee crises say asylum seekers shouldn't be penalized for how they enter a country.

But there's no formal consequences for breaking those rules, and protections for asylum seekers have been eroded around the world in the face of recent waves of immigration.