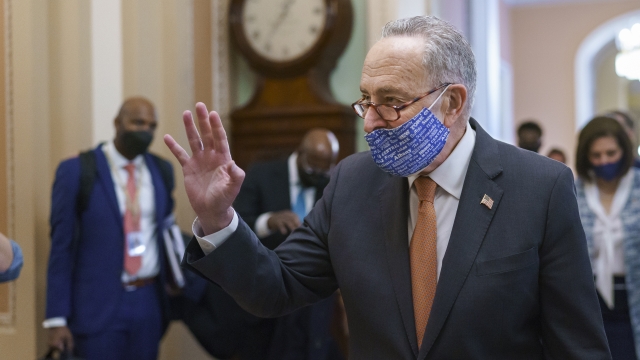 He said House Speaker Nancy Pelosi will send the article of impeachment Monday — It charges Trump with incitement of insurrection over the January 6th Capitol riot.

"Healing and unity will only come if there is truth and accountability, and that is what this trial will provide," Schumer said.

The timeline was decided in agreement with Republicans — who sought to give Trump's team time to organize their legal arguments.

Trump is the first president to be impeached twice in the House and the first to have a Senate impeachment trial after leaving the White House.

If the required 67 senators - or two thirds majority - votes to convict him, the Senate could then vote by a simple majority to ban him from ever holding office again.