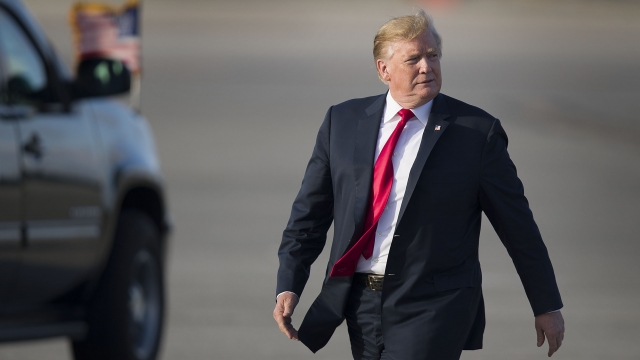 The central change in the proposal is the creation of a merit-based point system. The administration wants to prioritize the immigration of skilled workers, pledging to award almost 60 percent of visas each year to people with desirable skills or job offers from an American company.

Under the plan, all potential immigrants would need to prove they are proficient in English and pass a civics test. Currently, the U.S. requires people to pass a civics test to become a naturalized U.S. citizen, but not to get a green card.

Not surprisingly, the plan also includes a call for new border wall construction.

One provision that's noticeably absent — a plan to deal with undocumented immigrants already in the country. The proposal also doesn't try to address the status of young immigrants currently protected by DACA.

President Trump's senior adviser and son-in-law Jared Kushner played a key role in crafting this proposal. But many of the main tenets aren't new. For example, Trump publicly endorsed a bill in 2017 that would have created a merit-based point system to rank immigrants based on their job skills, English proficiency, age and more.

The White House's proposal is not legislation that Congress can actually vote on. So now, it's up to lawmakers to turn President Trump's immigration wish list into a bill. But it's unlikely this plan, as is, would gain the necessary traction to pass the House and the Senate.