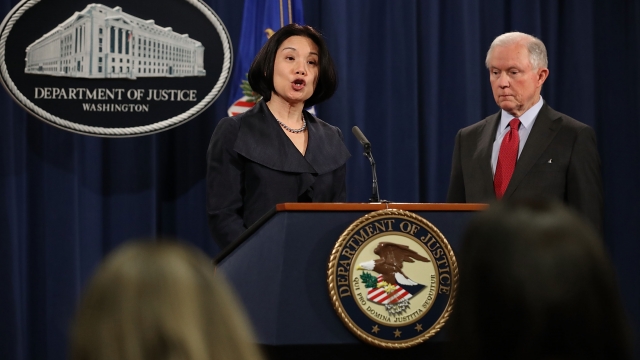 President Donald Trump has reportedly rescinded his nomination for Jessie Liu to serve as a top official within the Treasury Department.

Liu is a former U.S. attorney for Washington, D.C. As part of that job, she headed the office that oversaw a number of recent high-profile prosecutions, including those against Paul Manafort, Michael Flynn and Roger Stone.

She left the office after the president nominated her in December to serve as the Treasury Department's undersecretary for terrorism and financial crimes.

Liu's confirmation hearing had been scheduled for Thursday in front of the Senate Banking Committee.