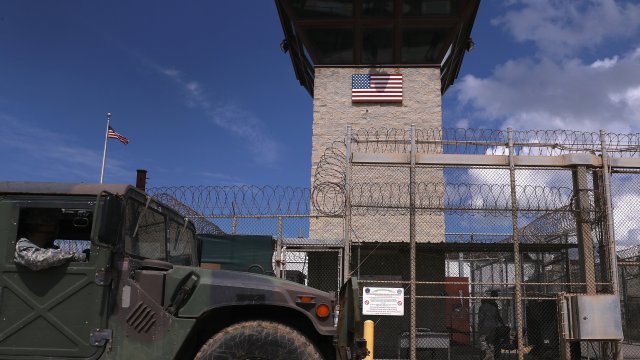 President Donald Trump is reportedly planning to sign an executive order that would keep the military prison at Guantanamo Bay open.

An unnamed source told Politico Trump plans to sign the order during or close to his State of the Union speech on Tuesday.

Former President Barack Obama tried unsuccessfully for years to shut down the prison known to torture its inmates. He did, however, manage to drastically decrease its occupancy.

Trump's reported plan to announce keeping the prison open is largely a political statement as Obama wasn't able to close it.

The announcement would give Trump the chance to move toward his campaign promise of keeping the prison open and loading it up with "bad dudes."